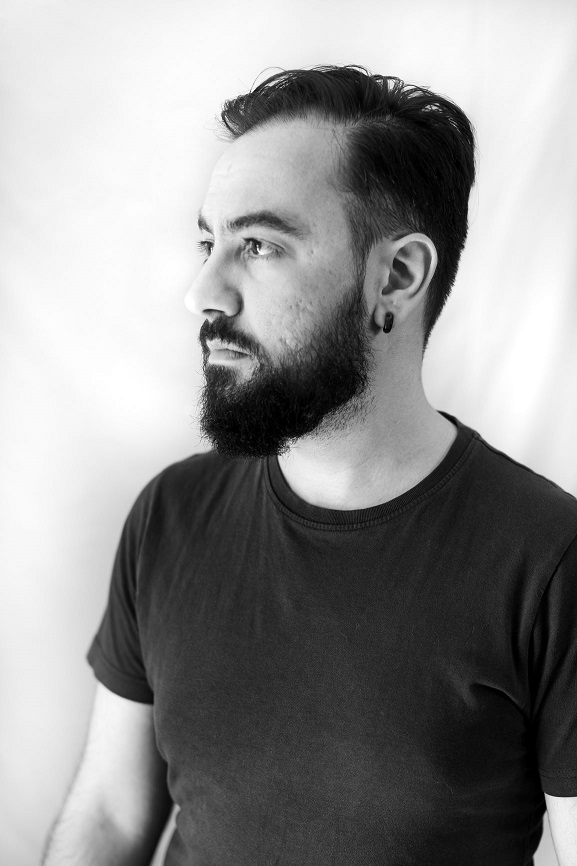 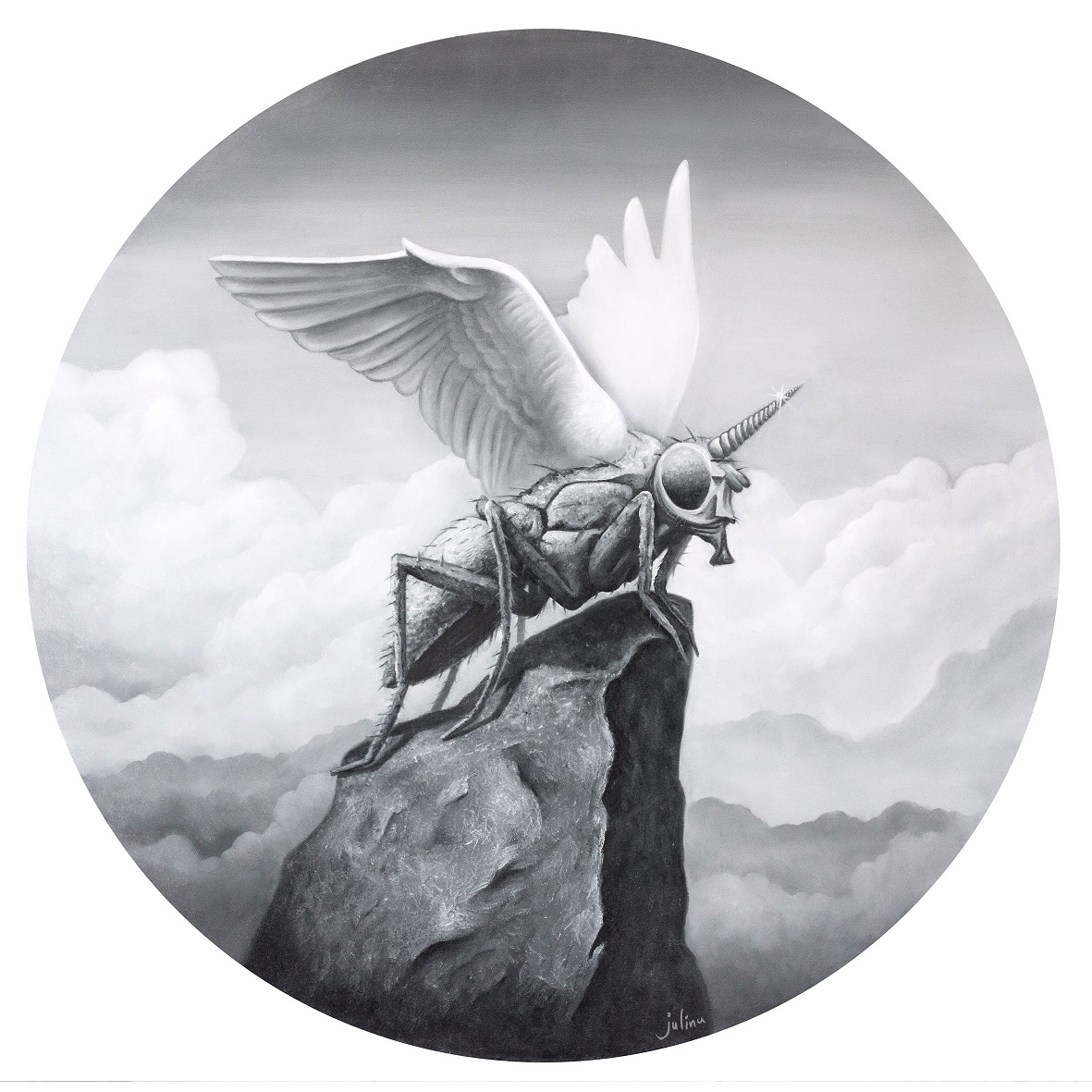 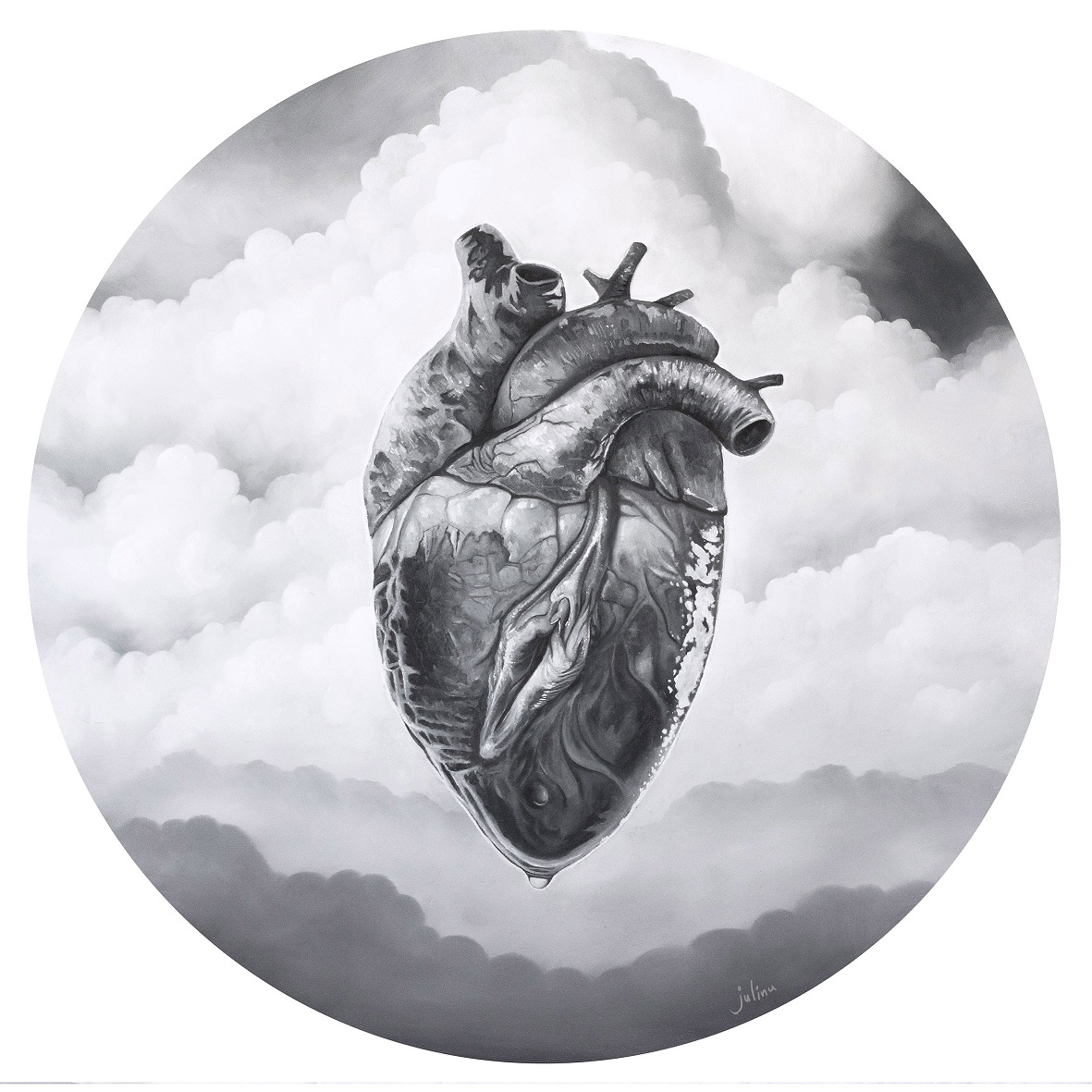 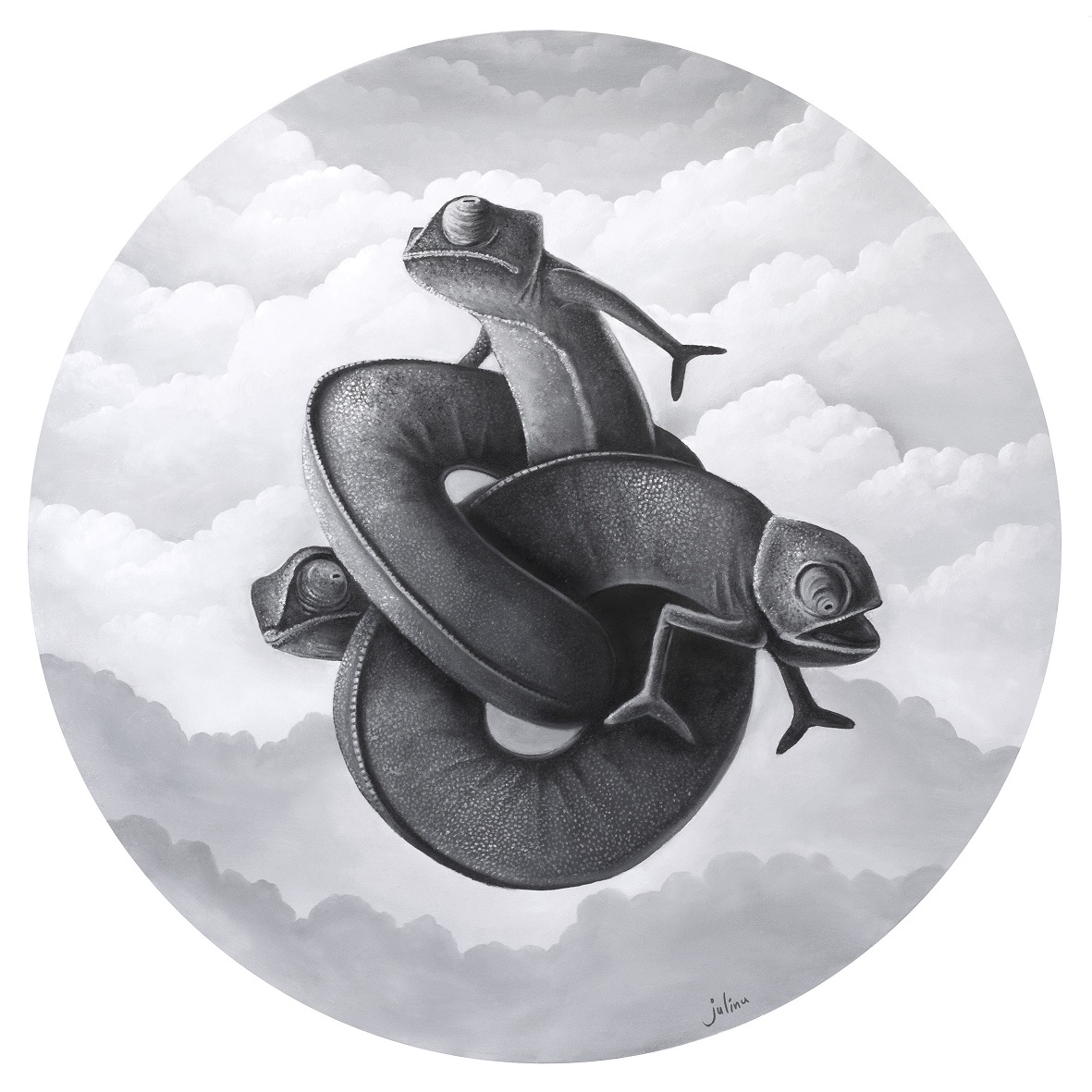 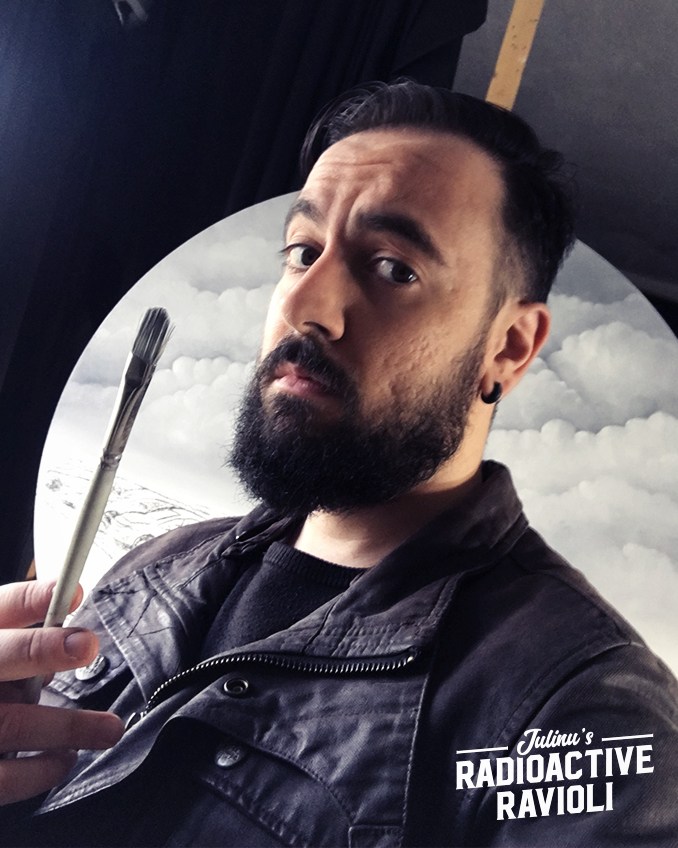 Artist Julian ‘Julinu’ Mallia is in final prep for his exhibition of playful yet thought-provoking oil paintings that present a strangely familiar alternate universe. He took some time out to answer a few questions for indulge.com.mt

Firstly – a very simple question – who is Julinu and what is his art all about?

That’s really not a simple question at all but I’ll do my best…  I’m Julian Mallia, aka Julinu, 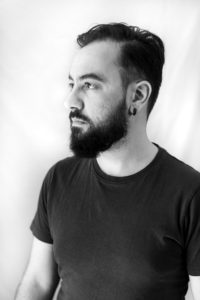 and my work revolves around idea-generation. In Julinu’s Radioactive Ravioli I am assigning alternative visual interpretations to familiar notions or elements from pop culture. In this way, this body of work can be seen as an exploration of an alternative universe where I am more in control of the variables.

Common elements in my work include figurative realism, surreal imagery, an atmospheric, moody aesthetic and the occasional dry humour. My earlier work used to be relatively darker and somewhat more sombre whereas Julinu’s Radioactive Ravioli is more multi-dimensional. It features realistically executed paintings that involve playful wordplays and dry humour but on closer inspection they may reveal more sobering insights.

When and why did you choose painting as a career?

Creative careers usually involve juggling a number of tasks – so I’m not only a painter. I’m primarily a freelance illustrator and graphic designer and sometimes I conduct short, evening courses at the University of Malta. I originally graduated in Psychology (an aspect that still informs my practice) and I also worked full time as a graphic designer in advertising agencies for a couple of years before I made a deliberate choice to avoid becoming a Sunday painter. I also studied illustration at the University of Brighton – which was pivotal for me to sharpen my skills and familiarise myself with a more international context.

Milestones such as being awarded at the AOI World Illustration Awards and being included in The Power and Influence of Illustration (a book about contemporary illustration published by Bloomsbury) gave me a bit of a morale boost and more formal accreditation. But ultimately, I’ve immersed myself in this creative lifestyle because I’m intrigued by the notion of generating ideas and generating imagery to solve visual problems. That whole process gives me a sense of purpose so I feel compelled to keep on doing it.

‘Julinu’s Radioactive Ravioli’ – a title that commingles the frightening with the warmly familiar (to us Maltese, at least). What is this all about? 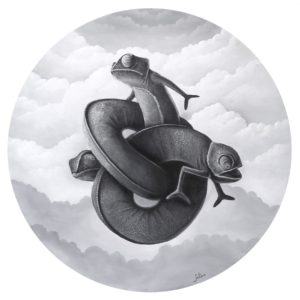 You never really know what ravioli contain until you taste them. And in a similar fashion these paintings’ outward, aesthetically pleasing persona conceals more thought-provoking narratives exploring themes like absurdity, fake collective nostalgia and other forms of social commentary.

The title, that originated from an adaptation of an inside joke from my student days, also reflects my approach toward this creative field. In my art I steer away from creating paintings that can only be described as “pretty” or “realistic”. Of course, I cherish beauty – but it has to be contextualised for me to find any lasting interest in it. I think that painting as a medium can be a really strong visual language that can convey much wider and more interesting idiosyncratic views. In fact, it can also cause discomfort or challenge established notions. So, metaphorically, these ravioli aren’t of the conventional kind.

The title also playfully imitates a similar format used for other familiar, endearing, household brands such as Kellogg’s Corn Flakes or Uncle Ben’s Rice – which is indicative of the dry humour inherent to this project.

What do you think audiences will take away from the exhibition?

When it comes to fine art painting, I really believe in prioritising on creating the kind of art I’d like to see more of. Irrespective of what a potential audience could possibly like. I think that, ironically, this approach is more likely to yield work that genuinely resonates with an audience.

Besides the element of dry humour, this exhibition invites audience interaction though the interplay between the image and the accompanying title. This exploration of the overlap between verbal and visual language can give visitors a rather enjoyable experience which can also challenge conventional notions. Did I mention that there will also be (edible) ravioli on the night?

If I didn’t work in the field of image-generation, I would have most likely shifted all my focus to drumming – which is another aspect of my creative endeavours. But that still falls under the arts category, I guess. So probably I would have continued down the route of becoming a psychologist.

Does my immersion in the arts count as an indulgence?

Curated by Justine Balzan Demajo and Francois Zammit, Julinu’s Radioactive Ravioli is supported by a Malta Arts Fund Project Support Grant from Arts Council Malta and by Vee Gee Bee Art, San Gwann. It is targeted at anyone aged 16 and above and will be exhibited at Spazju Kreattiv in Valletta from Friday 26 April until Sunday 26 May, with entrance free of charge
More information regarding Julinu and his work may be found online at www.julinu.com.

“After you…” – Lift Etiquette

Strangers in a Strange Land – a Feminist Programme of Events