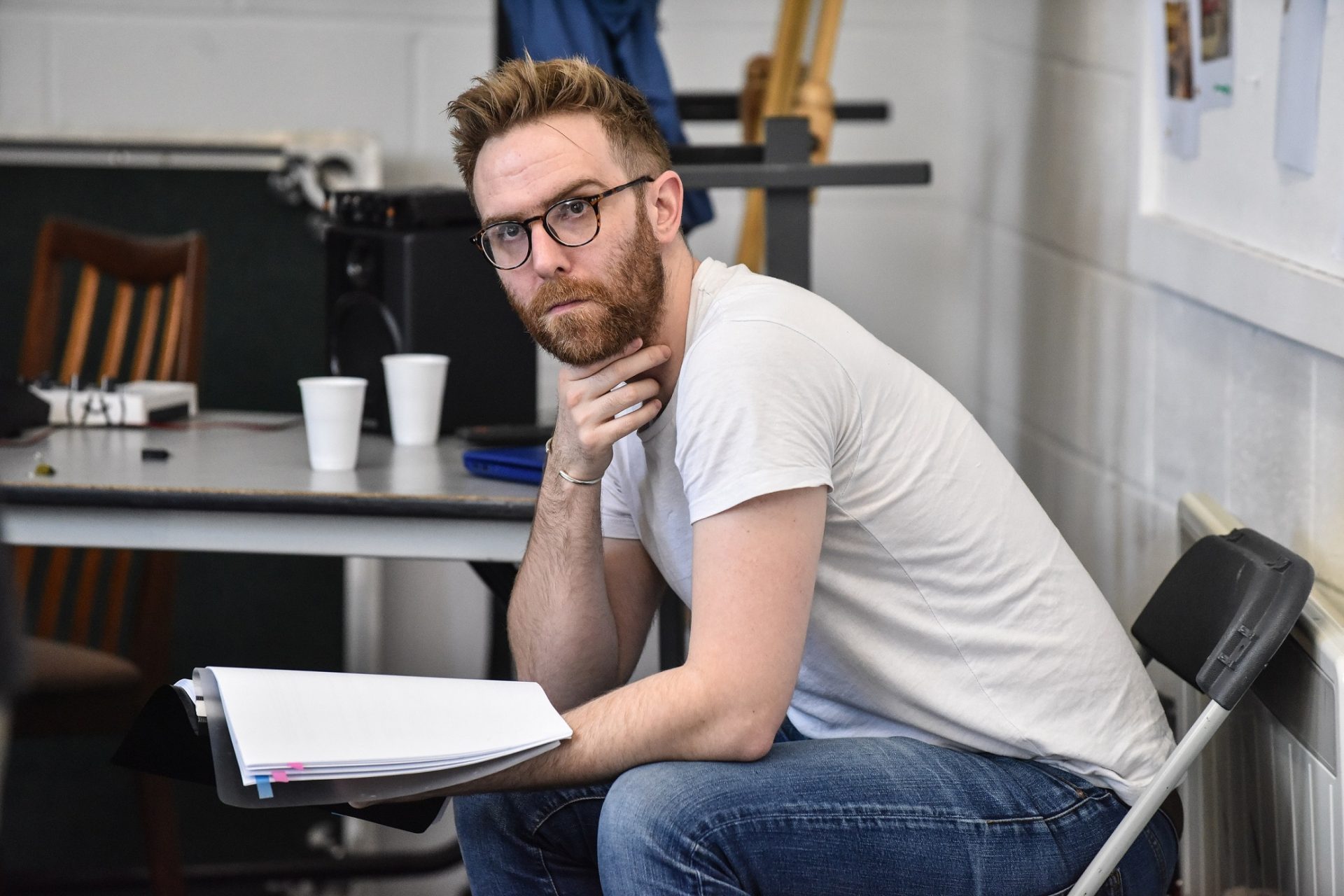 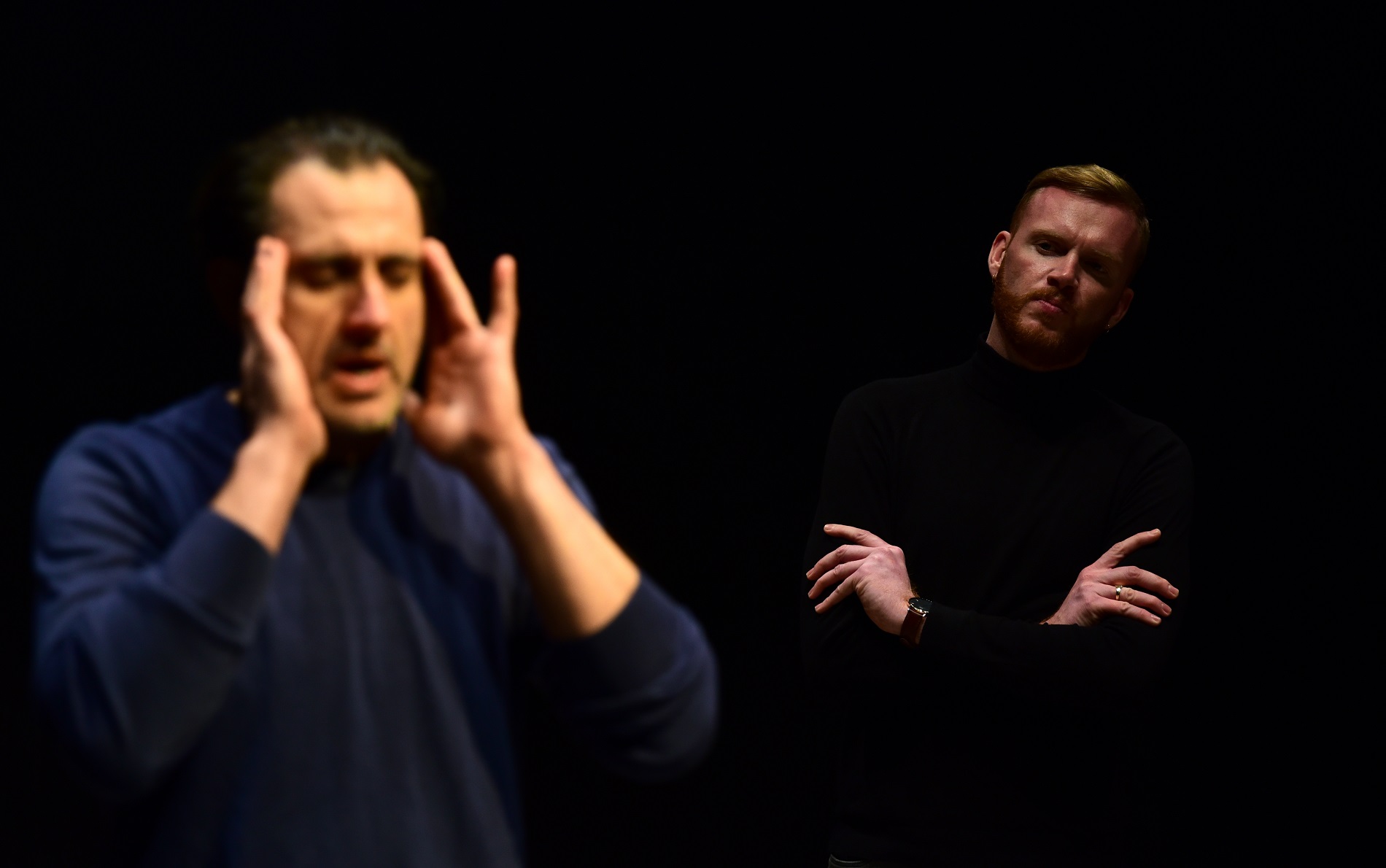 Macbeth (Mikhail Basmadjian) and Banquo (Jonathan Dunn) in the back. 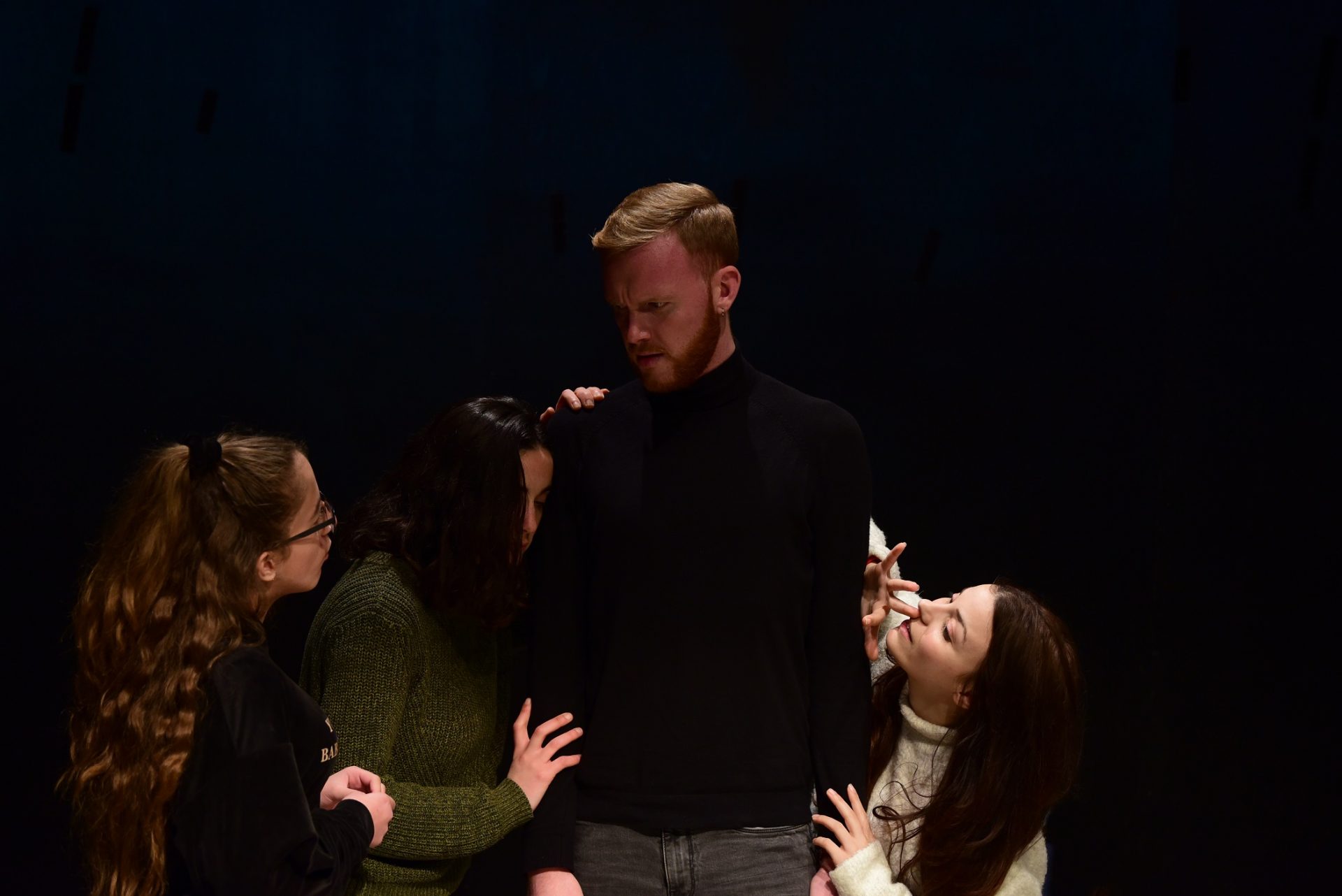 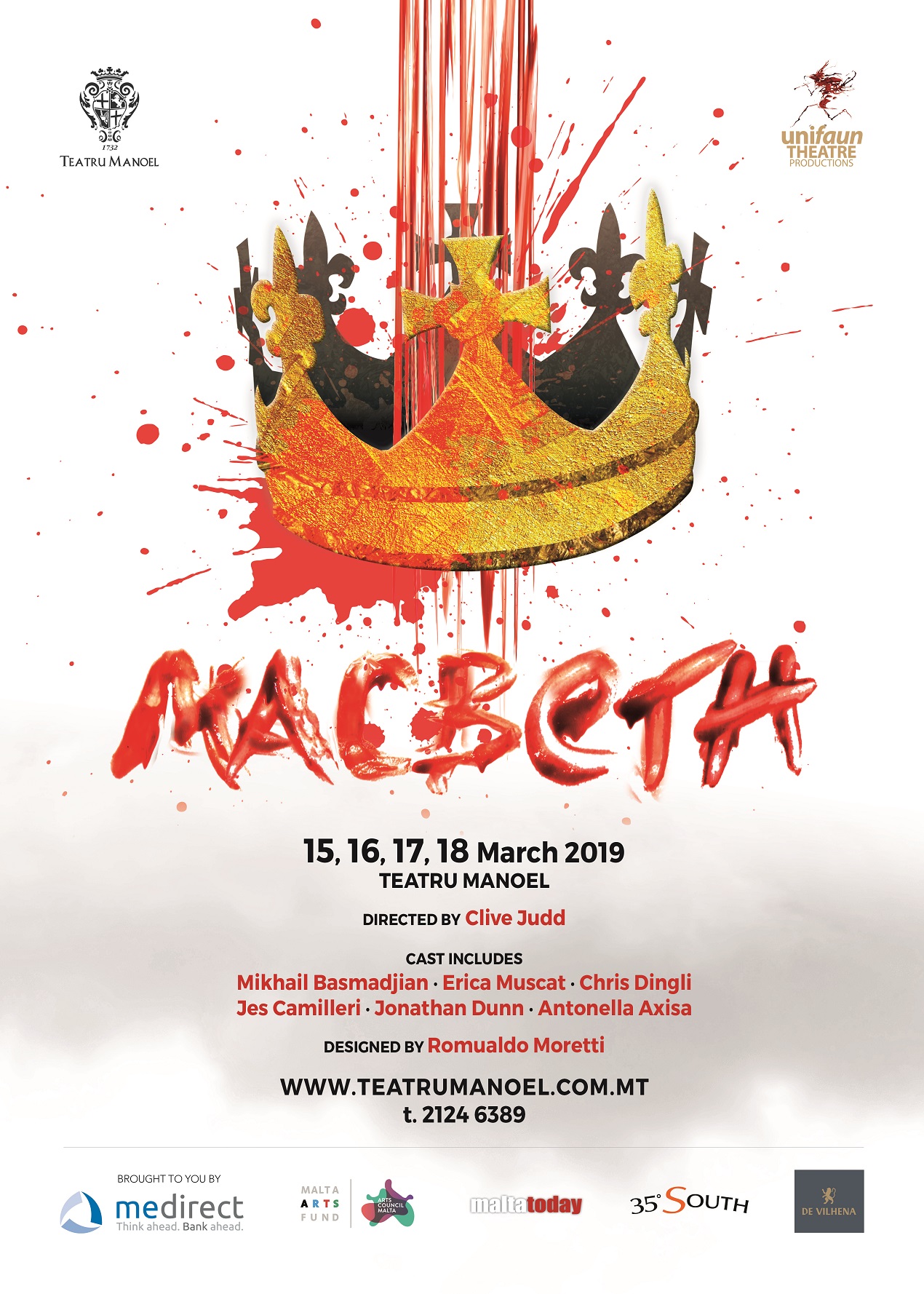 Clive Judd is a freelance theatre director from the UK. He trained on the National Theatre Director’s Course; at the Watermill Theatre on the Regional Theatre Young Director Scheme; and was a member of the inaugural Foundry programme at the Birmingham Rep. His directing credits include: Rails (Theatre by the Lake); Dyl, Sparks (Old Red Lion Theatre); This Will End Badly, Little Malcolm and His Struggle Against the Eunuchs (Southwark Playhouse); Captain Amazing, Rendezvous (Live Theatre); Vultures, The Pit (Pentabus); Romeo + Juliet (Watermill Theatre); Why I Don’t Like the Sea (Arcola).

Clive is currently in Malta to direct Unifaun’s production of Shakespeare’s Macbeth, and took some time out to answer a few questions for indulge.com.mt.

Firstly – a very simple question – what brought you to Malta?

I was invited to Malta by Unifaun’s Artistic Director Adrian Buckle back in 2017. He told me he was producing Macbeth for Teatru Manoel and asked whether I like to come on board to direct the show. The project had a scope and scale that excited me, as did Adrian’s work introducing new work and ideas into Malta’s theatre culture so I didn’t hesitate.

Macbeth is arguably one of Shakespeare’s most popular plays, its fascinating study of raw ambition and tortuous guilt one that has struck a chord with audiences for centuries. Why is it still so relevant today?

The play endures because there is such a multiplicity of ways to access the play thematically. I think this is true of all of Shakespeare’s great plays and of great plays in general. The gaze can be trained on a particular aspect of the narrative to reflect the concerns of the age.

Our version looks more at trauma and the terrible actions that traumas – on a private and public scale – beget. The loss of a child, toxic masculinity and what the cultural theorist Mark Fisher calls ‘the privatisation of stress’ are all present in our version in one way or another.

What can audiences expect from your interpretation of the play?

It’s a contemporary version of the play for sure. We’ve done away with the overt political/military/gothic aesthetic that is ordinarily associated with the play and approached it as a domestic nightmare playing out in a man’s psyche. I’m working with my frequent collaborator Giles Thomas – one of the UK’s most talented sound artists – to create a score that should transport the audience through the various moods of the play. There will be some surprises for people who know the play well, as well as those approaching it for the first time.

When and why did you fall in love with theatre?

I was taken to see a production of Michael Frayn’s Noises Off by my grandparents when I was a teenager. I was getting in to acting at the time through my school drama teacher Daryl Mainwaring who had a big influence on me. The play was so funny and made such an impression on me that I knew that I’d found something properly exciting and started to take theatre a little more seriously. When it became clear at university that I was never really going to be an actor I started to direct plays and found my route from there.

It’s very difficult to say really. I love literature and have worked in bookshops since I left university – and I still do now when I’m not directing – so I would have probably found my way into art and culture anyway through that route. I also love football and wanted to be a cricketer for a while, so I may have gone into sports journalism or some sport-related career.

I like a good pub. My favourite is a place called the Post Office Vaults in Birmingham back in the UK. They have one of the largest collections of Belgian bottled beers and I’ve spent plenty of hours (and money) sampling various things from their Beer Bible.

Macbeth will be staged at Teatru Manoel on 15, 16, 17, 18 March 2019. Book tickets from www.teatrumanoel.com.mt, or at the Teatru Manoel box office – Tel: 2124 6389. Macbeth is partially funded by the Malta Arts Council through the MAF Project Fund.

A New Age for Beige

The Aftermath : the ashes of Love and War