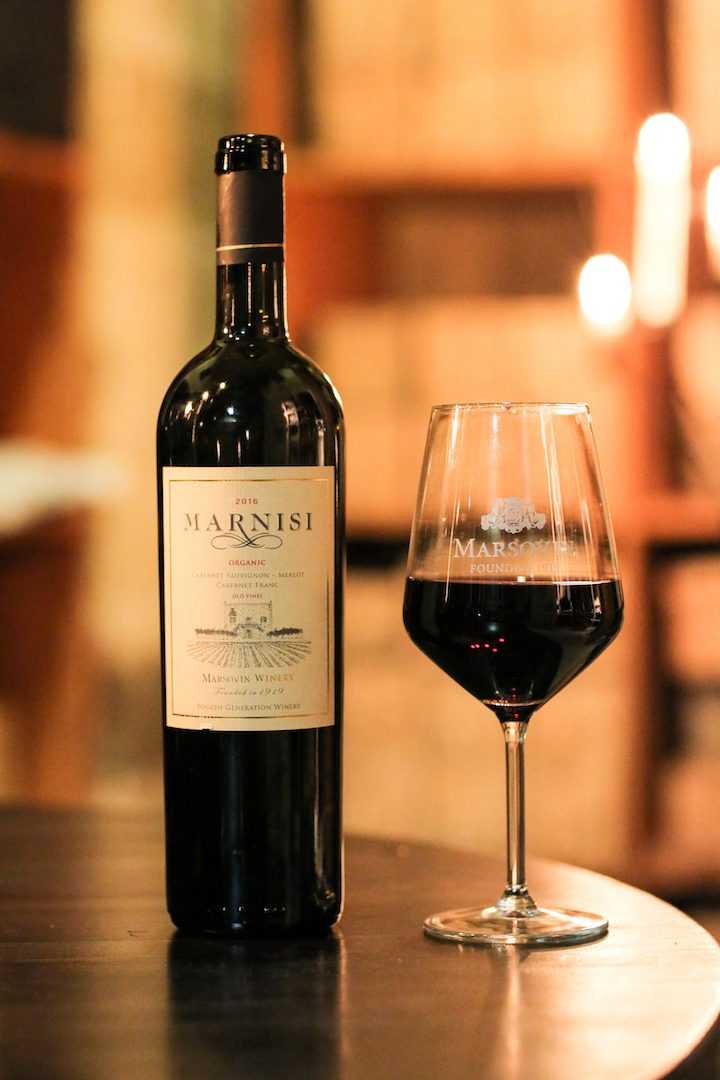 Marsovin’s MARNISI has become the first premium Maltese wine in the premium wine category to be certified organic and awarded the official seal of ‘Organic Wine’. This news was announced by winery CEO and fourth generation family member Jeremy Cassar at an exclusive tasting event held for the press at the Marsovin Cellars.

Speaking about the process that went into achieving this milestone, Mr Cassar said: “We are very proud to be the first Maltese winery to successfully produce a premium organic wine. Although, MARNISI already enjoys popularity among the Maltese, we felt that converting to ‘organic’ status would further increase the selection of wine available to wine lovers on the island, and further add value to the Maltese wine industry.”

The Certification Process
Mr Cassar went on to explain the challenges of the rigorous three-year organic certification process that Marsovin embarked on for this project. It followed strict EU legislation standards and criteria, with samples being periodically tested in German laboratories contracted by the Malta Competition and Consumer Affairs Authority – the European Union’s recognised local control authority for organic certification in collaboration with the government’s agriculture directorate.

The organic conversion process began with the application of organic farming practices at the Marnisi Estate in Marsaxlokk, where an area covering 2.8 hectares makes this the largest expanse of organically-farmed vines anywhere in Malta. In order to have organically-grown grapes, Marsovin’s viticulturists engaged in an entirely different set of practices to maintain their vines. Following the successful vineyard conversion period, the harvested grapes were transferred to the winery, where an alternative winemaking approach was employed to focus on the use of a specific list of ingredients used for organic vinification.

As a result of all this, MARNISI 2016 is now the first officially-certified Maltese wine launched locally for market sale as ‘organic wine’.

The Wine
The 2016 vintage was characterised by warmer-than-normal temperatures and drier weather during the winter months, followed by relatively mild temperatures throughout summer. These elements allowed for very good grape maturity and, thus, an exceptional vintage year. The resultant wine, MARNISI 2016, portrays a concentrated, complex and layered wine that is very approachable in its infancy and will keep drinking well in the years to come.

The launch of Marsovin’s Organic Marnisi was organised in collaboration with the Mediterranean Culinary Academy, who created the paired menu for the occasion, which consisted of some of Marsovin’s premium wines and a selection of mouthwatering dishes prepared by the academy’s chefs.

The Mediterranean Culinary Academy is a start-up academy in Valletta, which – aside from providing culinary courses – has created a network of young farmers in Malta who are transitioning into fully organic. The Academy promotes the use of sustainable, local and seasonal ingredients.

Marnisi 2016 is now available in all premium wine shops, as well as the Marsovin Cellars in Paola and The Master Cellar in Naxxar. For more information contact tel: 2366 2401 / 2366 2445 or email cellars@marsovinwinery.com

Quick drink in Spain, anyone?